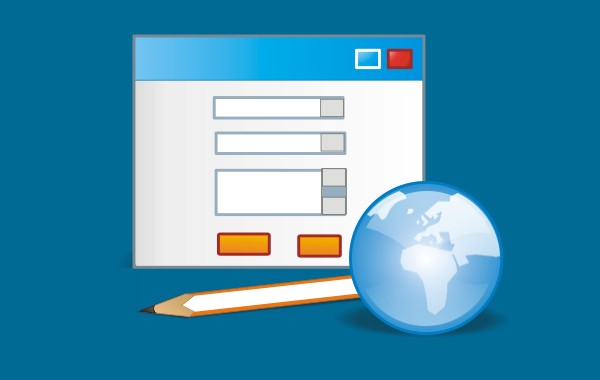 If wrong fields, or strange or too many fields are displayed in the e-mail, an old form mail script is usually to blame. This occurs if you open an older form and show it to an old formmail script. Formmail script and software version must match.

This also applies to DA-OrderFormular.

The problem is, for example, as follows:

First it is necessary to check which software version is used: 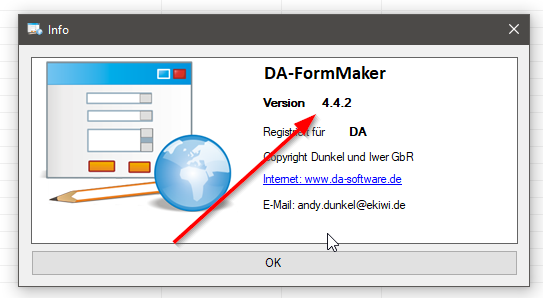 The first two digits are decisive here, in the example this is version 4.4, i.e. the formmail script must also be used in this version. Check this under the settings:

With a click on the button next to the field you can call the script and display the version number: 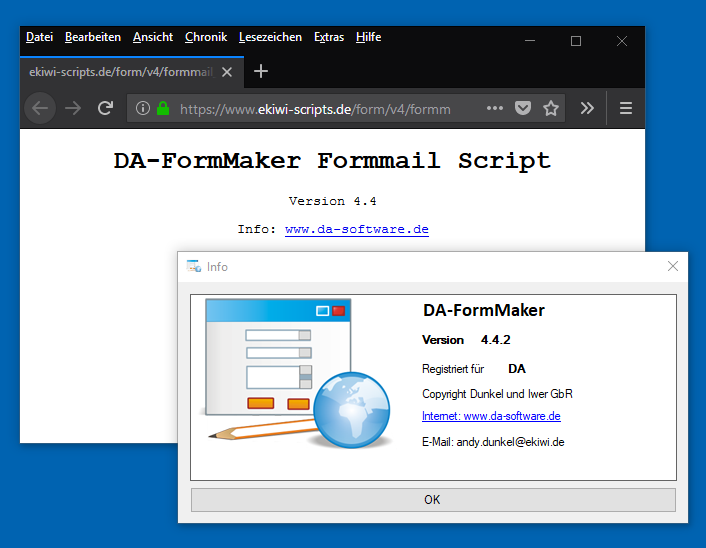 The script here is version 4.4 and the software is also version 4.4, which means everything fits. If the version is not correct, you should update the script.

Here is an example where it does not fit:

The form still uses the old version 3 of the script. Here the new version of the formmail script must be selected: 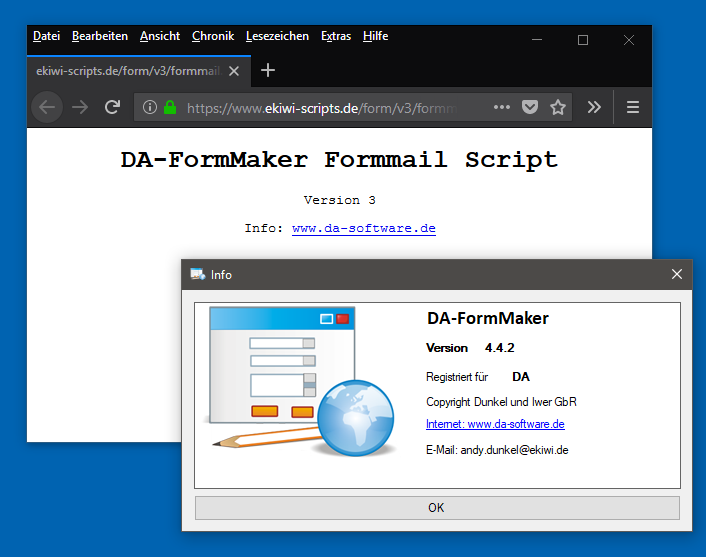 Afterwards the fields should no longer be displayed in the e-mail.

If you use the formmail script on our webspace, only the main version number is important:

In this case it is version 4. This version can be used with all versions of DA-FormMaker, which also start with version 4.